The idea of interchangeable shoes has been around for a little while now. There are a few claims as to the first to come up with the idea.

I believe it’s between Lindsay Phillips and Dominique Barteet, although there may be other claims.

Dominique Barteet was the recent winner of Shark Tank on US TV with her very impressive performance of her Onesole brand of interchangeable shoes. Dominique had developed her shoes after working on her feet for 12 hours a day as a pharmacist. She wanted a shoe that was comfortable. She developed Onesoles with Soft-Step insoles and interchangeable tops.

Dominique Barteet’s Onesole shoe idea is a 20 year vision that came to fruition in the year 2002. She wanted to create a shoe that would be versatile, fun, economical, and easy for travel. You can virtually have a closet full of different shoes with a couple of her soles and some tops. Each sole has interchangeable tops that fit every sole with just a couple of snaps. This enables you to match any outfit easily, economically and with great comfort. The idea has been patented and is constantly expanding every day to fulfil an innovative shoe niche in today’s market.

Lindsay Phillips however has a most interesting and equally impressive claim.

Lindsay developed her concept whilst still in high school. She designed a pair of ceramic flip flops, received such a huge response that she knew a great idea had been born. Lindsay ‘s first product was SwitchFlops which uses Velcro as a method of securing interchangeable straps. Before graduating from high school, she applied for the patent.

However it wasn’t until 2007 when SwitchFlops made their appearance in Orlando to be met with critical acclaim for a really innovative product that the order started rolling in. Lindsay’s mum had joined her in the business and assisted in the finding of a suitable manufacturer.

The SwitchFlop brand is now a worldwide success with a huge variety of sandals and strap designs, which enable the shoes to be transformed from beach to formal wear in seconds.

Looking For The Perfect Soccer Shoes? 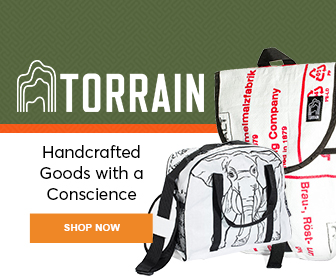